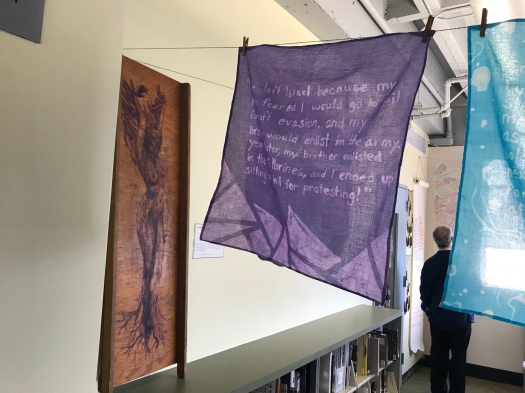 I was so moved at my citizenship ceremony at the Paramount Historic Theater in Oakland… I especially loved my certificate signed by Obama and the moment when all the different countries of origin for the ceremony were announced and we all stood up in turn BUT… since then we had Brexit and T- – -P Times seem darker as far as immigrants are concerned… BUT… Last night at a Jazz concert the result of the ALABAMA senate seat was announced… I had chills… a tear and there were high 5s all around as the trio played the 1920s standard “ALABAMA JUBILEE!”

During Trump’s travel ban, my cousin wasn’t allowed back into the country. He had been studying in the US for university, and during a school break he went back to the Middle East to visit family. He is an Iraqi citizen, but he can barely remember the place because he fled with his family at 4 years old. So when he was visiting family over break, Trump announced the travel ban that prohibited him from re-entering the US. He is just a typical 19 year old, who was living the typical American experience. To get him back into the country, we had to stay awake for days on end, constantly watching the news for the safest windows for him to come back. We got lawyers, and did everything we could. He was denied boarding onto his first flight, but a few hours later, he got on another flight and made it. He was very lucky, and I am grateful, but it should not have been this hard.